×
I've been riding bikes since I was 5 years old.  My first bike was a Honda of some sort that I used to zoom around our 2 acres of land on. 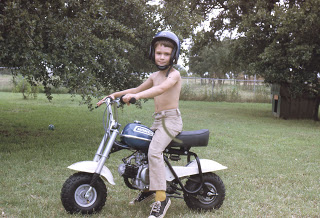 My dad soon upgraded me to a Honda 50cc and took me to a local dirt track to play with the idea of competition. By the age of 7 I was on a YZ80 and racing the local circuits.  Through the years that followed I raced motocross all over the southern states in the National Minibike Association and even qualified to the finals at Ponca City, OK, from which I took 3rd place nationally.  At around 11 we moved to California because of my fathers work sending him there for training before moving overseas. 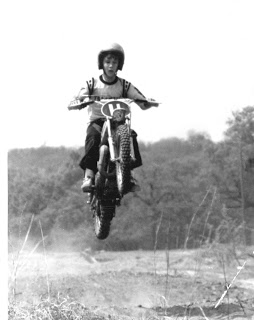 We moved to Europe at the age of 12 and for the next 4 years I rode the European circuits before we moved to Egypt.  In Egypt dirt bikes were practically non existant, let alone the concept of racing them.  So for the 2 years we lived there I wasnt able to ride at all. 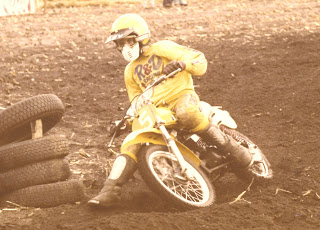 After coming back from the middle east I jumped on a Suzuki 250cc and competed for a few more years but was never able to get back into it as before.
My parents rode street bikes for most of their life.  We have ridden Honda's, Yamaha's, and BMW's.  My stepfather was immersed in BMW's and even had his own repair shop for them for years.  He got into classic BMW restorations and had an airplane hanger full of vintage BMW parts and bikes.  I'll always have the fond memories of going over to see him and having him say "Pick a bike and well go for a ride!!!" Fun stuff.
My previous bike was a Yamaha V-Star 1300 and it was a really good bike. It never broke down once in 30K miles and I enjoyed it for just over 4 years.  The big thing I had against it was that it was a 5 speed.  You would get that thing up to around 75 and those rpm's would be screamin! You would be praying that if you just stomped on the shift lever a little harder than normal that a 6th gear would magically appear.  The other bike problem I had was the handlebar reach.  It was just too far forward.  I was always having to slouch forward while riding and would get a horrible pain through my shoulder blades after a short time.  The bar height was too short to pull them back to get a better ergonomic upright ride without changing out the handlebars which I didn't want to spend the money on.  The last problem it had was a surging issue at low speed.  Unless you were in an accelerated state it would surge and stop, surge and stop.  It is a known issue and a power commander would remedy the problem.  I just didn't want to put the money it would cost to overcome the issues I had with it for a bike I didn't really want to keep. 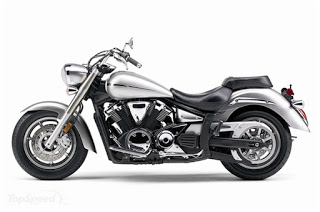 I began looking around at possibilities, seriously taking the time to sit on bikes and get a feel for them.  I tried some Honda's and came close to getting a VTX1800.  Again though, the reach was far and caused me to have lean forward too much. The BMW RR1000 sport bike was nice too but my wife said NO.  Not only that but the forward leaning position is not comfortable for long rides. I looked at other BMW's but they were just funny looking things.  The salesman said they preferred to refer to them as "Unique", I still say funny looking.  I know they are good bikes but if I am going to spend that large amount of money I want some style to go along with it.  Then we went to Harley.  I had seen Street Glides on the road but when it was sitting there in front of me and I sat on it, that was it.  From the start it was just "Right".  And it looked good too.

So, I saved and payed down the Yamaha so I could trade it in without being upside down financially from it.  I became obsessed with the Street Glide and had to have one. Every time I saw a Harley I would whine to my wife by saying, "Where's my Harley?"  She would say "At the dealership, you have to wait!"  BLEH. Then after over a year of planning and holding back the desire to jump on one prematurely, The day came and we got it.  A beautiful glossy black one that called my name everyday for over a year. 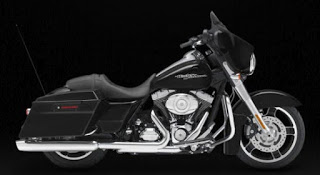 I'm the first in my family to ride a Harley and want to share the fun I am having since getting this bike.  That's what this blog is going to be about and I hope you enjoy it as I grow the blog from my biking experiences.