×
Well our Muenster, TX ride was cancelled due to severe thunderstorms all over North Texas. Yup, all that red stuff is heavy downpour.  Not a lot of fun to ride around in that.  This gives me a chance to catch up with some blog graphic upgrades and some other exciting news. 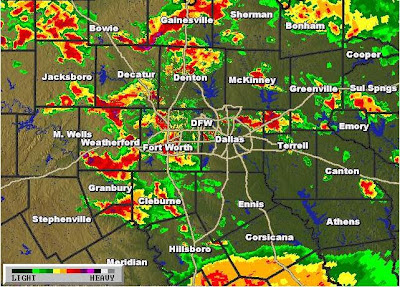 My wife and I went shopping yesterday to purchase her first pieces of riding gear.  She has been wanting to ride for a long time now and we have been mulling over ideas and plans to get her started.  She did get to try out using bike controls on the jumpstart at the dealership during our chapters Garage Party in June.  She was stoked after trying it with mentorship from our chapters director.  She kept talking about how awesome it was to turn that throttle and feel the bike rumble. Her desire was fueled and the addiction to want to ride had set in. Now all I hear is "When do I get my Harley?!"  Gotta learn to ride first baby! 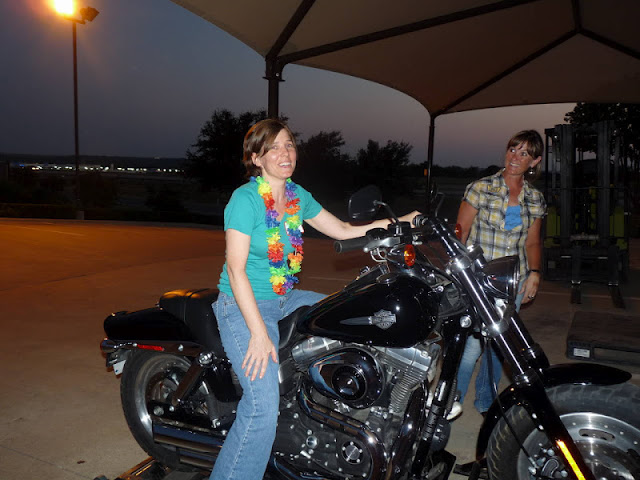 Now comes the good stuff.  Like I said, we had been trying to figure out the best way to get her started.  We looked around for some cheap used bikes, looked at craigs list, had some of the chapter members looking around for us.  Then on last weeks Going to the Gap ride, a couple showed up that I had not met yet.  They were super nice and we hit it off like we had been friends for years.  I was telling them about my wife and that we were looking for a bike of some sort for her to get her feet wet on and didnt care what kind it was.  He contacted me the next day and said to get in touch with a long time friend of his.  I did. And could not believe what happened.  His friend has a 1981 Kawasaki KZ1000 that he was getting ready to donate to charity to clear some room in his garage.  He said the bike runs well and just needs a few maintenance tweaks.  Oil change, fork seals, and a small oil leak by the shifter is all that is needed.  He put a new battery, paint job, and tires on it already.  He said that bike has a history of being passed on to friends and family so they could learn to ride and that we could have the bike for her to learn to ride on!!!  WOW, talk about generousity from so many people. Another great thing about this is that our son has been wanting to ride as well and has saved for his down payment on a bike but needs to get some experience under his belt first.  So that Kawasaki is going to perfect for both of them to get going on. Thank you so much Jerry, Monica, and Russell for helping to make their desire to ride come true!
I havent seen the actual bike were picking up next weekend but here is what that model looks like. Pretty kewl!!! 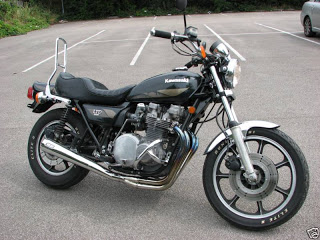 So yesterday we headed out with a stomach full of butterflies in excitement about buying her some pieces of gear in preparation for her first solo ride! She's into the "Pink thing" so on and on we shopped until she found a suitable color and style. I'm sure you can relate to how shopping with most woman can be.... We shopped around quite a bit and eventually found a very nice helmet and gloves for her. 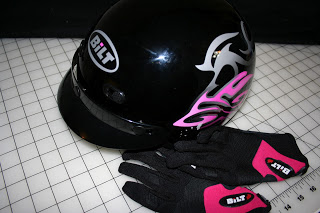 ﻿While shopping I found a super nice set of raingear on sale and bought it for myself.  Since the jacket and pants were sold separately they didnt come with a bag to put them in.  So my wife being the awesome seamstress she is, made me a nice bag for it.  She had embroidered an HD patch a few months ago while experimenting with her Husqvarna embroidery machine so I had her sew that on the bag for decoration.  It came out perfect and its small so it fits very nicely into my saddlebag. 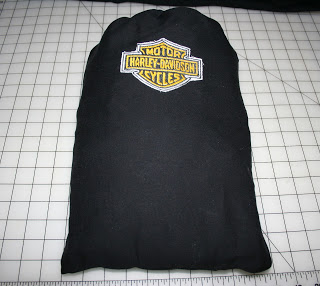