October 7, 2012 was a super fun day with our chapter.  This was the annual chapter PICNIC!! WOOOT! The day started early, cold, and dreary sitting at 48 degrees when we left the house.  We bundled up real good and headed to the dealership to meet up for the ride to the picnic site.  The ride took us out to Weatherford and finally to Canyon West Country Club gold course. 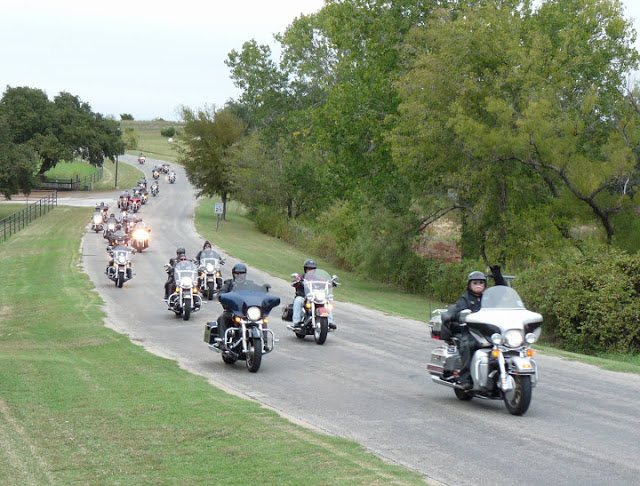 Once we arrived the group formed up to ride the golf cart paths in order to kick off the picnic.

I have to say this was totally fun and goofy with all these Harley's riding along the cart paths.  It looks hilarious!  My wife and I were having an incredible time and couldnt stop laughing while we took the trip. 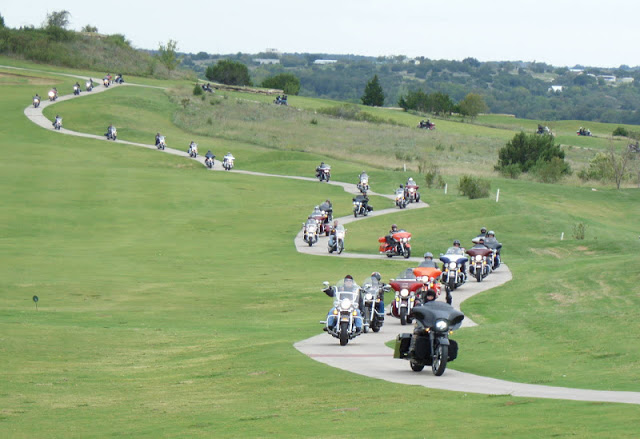 We stopped somwhere around the 9th hole to do a group photo shot on the beautiful waterfall before finishing the 18 holes. 🙂 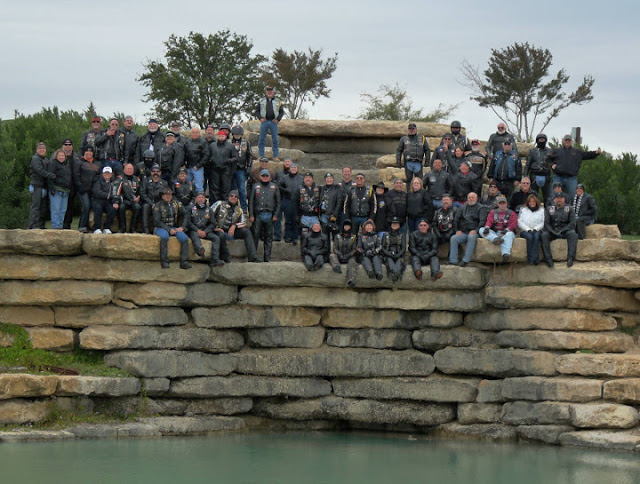 After riding the golf course we began the BIKE GAMES! Again we had a great time, lots of laughs with fantastic people.  The first event was the slow drag racing.  You had to stay inside the lines, not put your foot down, and the last person to reach the finish line was the winner.  I did pretty well by placing 2nd overall. 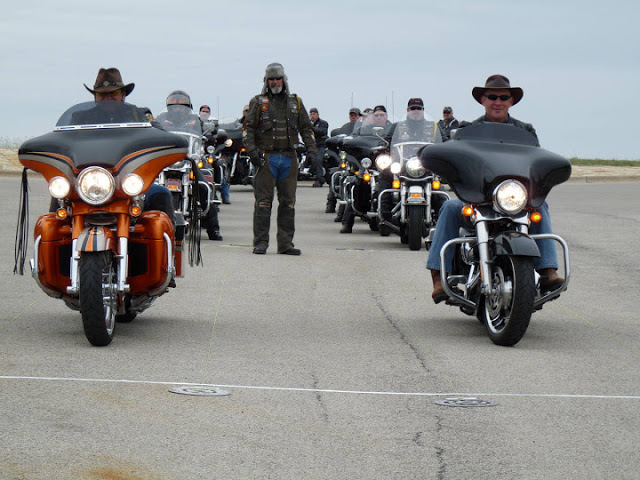 Next came the slow drag race 2 up.  Margaret and I placed 2nd in this event as well.  After that was the tennis ball thingy.  I dont know what its technical name was but the objective was to ride past the cones without touching them or putting your foot down while your passenger placed tennis balls on top of the cones.  Then you turn around and your passenger picks them back up.  We had a great time with this but fell short of placing in the competitition.  Its much harder than you would think! 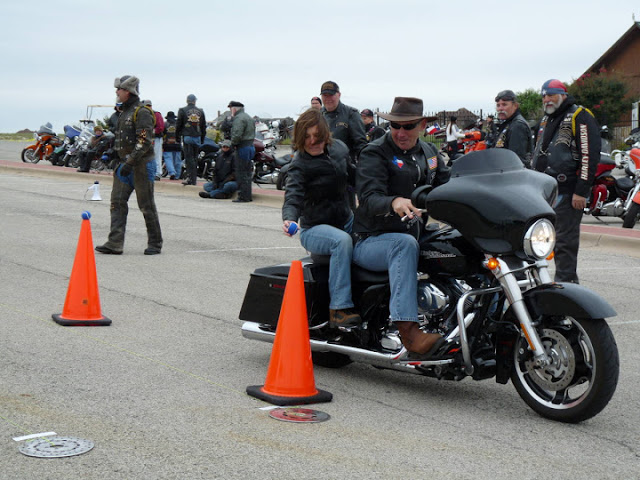 Then came JOUSTING!  No, not against eachother on bikes trying to knock the other riders off.  Hehe. On this one your passenger had a jousting stick and had to try to get as many pieces of pvc tubing off the top of the cones as possible.  Again, you could not touch the cones or put your foot down.  We did well on this and came in 1rst place. 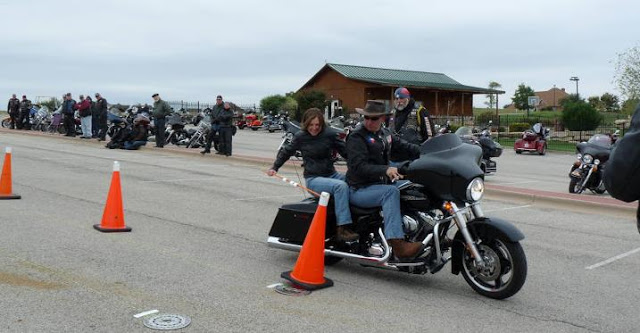 The last event was the HOG shoot!  Yup, with suction tipped arrows on rubber band crossbow gun things your passenger had to try and hit the hog.  Margaret proved her inability to hunt hogs on this one so I wont be relying on her to feed us in the future using this type of hunting method. 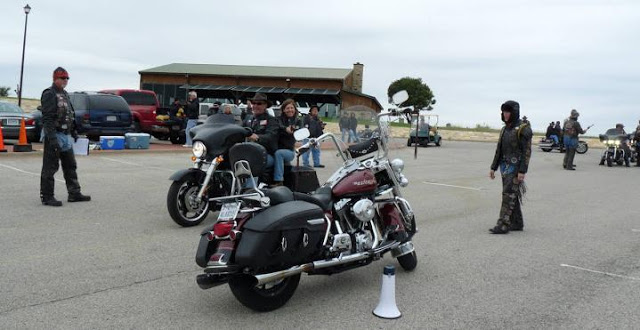 the Hog Shoot ended the events and we headed into the club house for our chapter meeting and lunch.  After a picture of the events 1rst and 2nd place winners the day concluded. 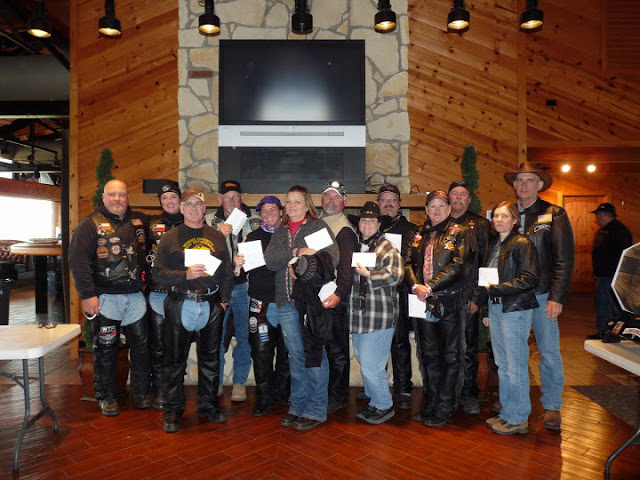 Great day, loads of fun, if you werent there, you missed out!